Our workshops cover a wide range of topics and issues that affect young people. The key areas we focus on are Gang Awareness, ‘Daily Grime’ (Music and Media Studies), Emotions and Conflict, Personal Development and Radicalisation. 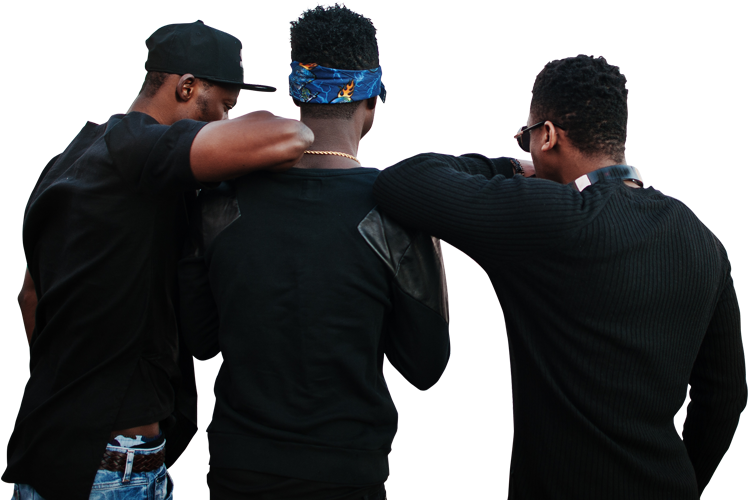 Fix Up! Gang Awareness workshops provide a novel, unique and in-depth analysis of the influences and consequences of gang culture. These workshops are designed for young people, parents, community educators and professionals in the social care and youth justice system.

Much of our research is gleaned direct from ex gang members , some of whom are available for peer-to-peer mentoring. Each Fix Up! workshop is aimed at examining and challenging specific aspects of "mindset/ thinking" (negative influences) behind young people's uncritical or misconstrued acceptance of violent gang culture.

Fix Up! workshops are presented using visual aids that encourages participants to think more deeply about the consequences of gang culture and criminal behaviour. Fix Up! takes a close look at gang culture from the root causes. This helps the development of new ways of understanding and deconstructing gang culture.

Fix Up! workshop themes include:

• Prison Is Not A Bed of Roses

• Sex and Violence in Teen Relationships

LEARN THE FACTS, KNOW THE TRUTH!

A survey of the violence and crime committed by young people in London and other major cities in the UK should leave you in no doubt that gangs are here and they are making their presence felt. Unfortunately, more often than not, being in a gang is not merely engaging in anti-social behaviour.

For many gangs and gang members, this type of behaviour merely serves as a springboard to a more violent criminal behaviour. It is a fact that gangs are in our schools, colleges and local communities and the more we learn about them, the better we will be able to take action to prevent gang proliferation.

If your organisation is responsible for this sort of learning and needs to demonstrate this sort of achievement with young people, then these workshops are ideal for you.

The ‘Daily Grime’ workshop is a critical examination and discussion on the UK music genre that has become the dominant media for the transmission and fuelling of violence among young people involved in or on the periphery of gang culture.

This workshop aims to provide young people with a forum in which to discuss their knowledge of and attitudes towards this genre of music and the negative impact it is having on young people’s relationships, especially in the light of the brutal murders of three teenage ‘grime’ artists in London.

The workshop is also intended to help the young people to focus their efforts ensuring a safer neighbourhood by challenging the negative themes presented in this genre as well as move towards positive life choices and career goals.

• Why is it so popular among young people?

• How did it evolved from house, garage, ‘jungle’ and ‘ragga’ to what we have today?

• Who are the main artists responsible for its genesis and    transformation?

• The impact of ‘Grime’ on gang culture

• Do the artists make money out of it?

• Factors that contribute to negative emotions

EMFE is an interactive theory and practice based session that aims to help young people to understand, recognise and take control of their negative feelings and emotions.

• Conflict! – How they arise in the home, place of learning or community

• Resolving Conflicts I – the “lose-lose” approach facilitated by negative peers

URC is an interactive session that aims to help young people to understand, avoid and/or resolve conflicts that arise in the home, place of learning and the community.

The overarching aim and objective of this comprehensive and holistic workshop programme is to specifically help vulnerable girls and young women to be proactive in their wellbeing, raise their aspirations, self-esteem, confidence and engagement in education as a foundation for positive life and career goals.

• To give participants a better understanding of relationships and some of the common issues affecting teenage relationships.

• To give participants an understanding of what emotions are and how they are influenced by diet, lifestyle and other factors (trauma, bereavement, abuse, etc).

• Achieving through education, employment or entrepreneurialism

• Raise awareness of the escalating issue of radicalisation and violent extremism;

• Increase understanding of how radicalisation and violent extremism presents itself in the community i.e. social, political and religious;

• Alert participants of the risks and dangers of young or vulnerable people being radicalised by gangs, religious or far right groups and adopting violent extremist views (hate speech) and/or engaging in criminal acts (violence or terrorism);

• Alert participants of the causes and signs of radicalisation to challenge, deter or refer to the appropriate authorities;

“Mentivation delivered 3 sessions as part of Hackney's Weapons Awareness Programme. Their content was relevant and engaging and sparked curiosity in the young people's minds, which was evident in their feedback of the sessions. Mentivation are clearly experienced in engaging with young people and promoting a respectful culture and atmosphere. They used a good mix of visual aids and discussion to make sure the session supported the different learning needs of the young people and kept their focus. Their sessions included exploration of youth violence and gang culture, victim awareness, joint enterprise and understanding the law in not just a legal context, but in terms of rules at home, school etc. I'm incredibly grateful for the support that Mentivation have provided for the programme. I thoroughly recommend them and hope we can work together in future.”
SENIOR YOUTH JUSTICE PRACTITIONER / HACKNEY YOUTH OFFENDING TEAM

“I’ve always been surrounded by friends and family who have been involved in criminal activity. My area has a lot of gangs and there have been a few serious incidents close to where I live. I was referred on to the Mentivation gang awareness programme by one of the Arsenal coaches, who told me that it would be good for me to attend. At first I wasn’t really interested in going to another programme that basically tells young people not to join gangs. But out of respect for the coach, I said I’d go to the first session. When I went, the facilitators stated they’d worked with young people in some of the more gang-affected areas: Southwark, Lambeth, Lewisham and Hackney. They also said that if we felt they were talking rubbish we could leave at any time. Within an hour I could see they knew what they were talking about – it was clear they’d worked with some of the most dangerous and influential gangs of the last five years. I ended up going to all six sessions, which were two hours each over six weeks. They knew how to relate to young people and how to keep us engaged.”
YOUNG PERSON (LLOYD, 18) / THE ARSENAL FOUNDATION (HACKNEY)

“Hackney Integrated Gangs Unit has commissioned Mentivation Services since 2015 to deliver specialist interventions to people who have been identified as either being engaged in, or potentially becoming involved in, street gangs. They were commissioned to deliver a variety of services, ranging from workshop programmes to primary schools, secondary schools and pupil referral units, as well as one-off workshops and one-to-one support for young people. Mentivation Services have also been very proactive in engaging with young people in the community to deter them away from gang activity as part of the IGU’s Outreach programme. Mentivation Services deliver their services in a variety of settings including primary and secondary schools, youth clubs and one-off workshops to parents and professionals. They have a particular strength in designing for and delivering to an array of age ranges, being able to adjust their delivery accordingly.”
MANAGER / HACKNEY INTEGRATED GANGS UNIT

“Mentivation's workshop on 'Road and Radicalisation' for staff and parents, facilitated by Michael and Maashes, was an entirely engaging and enlightening experience. I have worked with young people in Hackney affected by these issues for the past two years, and learnt so much more than I thought I knew in one single workshop. I felt like I got right into the mindset of some of the reasons why someone might join a gang and remain in a gang, no matter how negatively it affects their and their families' lives. Radicalisation as a psychology concept made so much sense to me as presented in bite-sized building blocks by Michael and Maashes.”
PROJECT Coordinator/Key stage 4 Teacher - New Regent's College